Peter Tranchell composed this 1958 Sonata for Organ (his second) for, and partly based on the name of, Peter Le Huray, a fellow lecturer in the Music Faculty of Cambridge University, and Director of Music at St Catharine’s College.

***NEWS*** The Sonata features on 'Church Bells Beyond The Stars' Signum SIGCD845, which can be purchased here https://www.hyperion-records.co.uk/dc.asp?dc=D_SIGCD845 and is also available on streaming services including Apple Music and Spotify. The Spotify album link is https://open.spotify.com/album/5TZoYPtoguhKGxgwPjbZpg?si=HLkmfqM7SOOKbAcliWrboQ 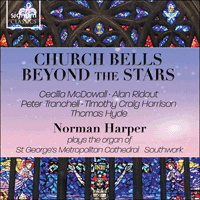 In a note for a performance by John Scott in Caius Chapel on 24th April 1983, Peter wrote:

The Sonata was written for Peter Le Huray who gave its first performance in a live broadcast from Salisbury Cathedral on 31st March 1960. The Preludio is in the manner of a perpetuo moto. Against a tinkling continuum of semiquavers, rhythmically repeated chords are heard. The top note of each chord forms a series which comprises the musical letters of the name, Peter Geoffrey Le Huray. The rhythms are the morse-code equivalents of the non-musical letters. This melodic rebus (forwards and backwards) gives rise to subsequent themes. When the morse-code is dormant, the simpler rhythm of “Peter Le Huray” is used.

The Organ Sonata features on the Commemoration CD (recorded on the Caius Klais). Accompanying this recording are Norman Harper's notes on the work:

As well as using the letters of the dedicatee’s name, the work also makes prominent use of the plainchant melody Tu es Petrus. The first movement Preludio – Allegro molto is a toccata, with perpetuum mobile semiquavers in the right hand and mildly dissonant left hand chords in short crotchet and semiquaver phrases, suggesting the rhythms of Morse Code:
._ _.  _  ._. _ _ _  ._.  _._ _  ._ ..  .._  ._.  _._ _
which are, of course, the non-musical letters of the name Peter Geoffrey Le Huray: P T R O R Y L U R Y . The pedals then enter with an angular version of the theme based on the musical letters EEGEFFEEHA (H = B natural) substantially in 6ths, 7ths, 8ves and 9ths. The left hand then introduces a two-part version of the EEGEFFEEHA theme, continuing on to a new melody and more dissonant harmonies. This section forms the central part of an arch-structure, with a short coda finishing on a highly spiced E major chord. Throughout this movement the harmonic idiom is highly chromatic and often dissonant, though there is always a sense of quasi-tonal movement and logic.

Andante ostinato is imbued with feelings of longing, with two major climaxes, ecstatic or anguished, perhaps both. The opening three-part counterpoint makes extensive ostinato use of the retrograde version of the theme (ABEEFFEGEE), and this is in evidence for most of the movement. The predominantly dissonant idiom gives way in the post-climactic coda to lush, late romantic harmonies, again ambiguously suggesting fulfilment or resignation, nostalgically surmounted by the ABEEFFEGEE theme marked “as a solo” (see registration notes below).

Tu es Petrus in fuga starts with a grand, richly harmonised statement of the Tu es Petrus melody (Tempo comodo ma non lento), before embarking upon a fugue (Allegretto con moto), based on EEGEFFEEHA as the main subject, and of extreme complexity, both contrapuntal and rhythmic. The 4/4 time signature is as often as not 3 + 3 + 2 / 8 in effect, and the periodic appearances of the plainchant melody in this rhythm, over a somewhat irreverent oom-cha-cha accompaniment, strongly suggest Tranchell the theatre-composer. The fugue ends with two further expansive harmonisations of Tu es Petrus, linked by a characteristically pianistic flourish.

We have included here a full A4 score, suitable for following but perhaps not for practice or performance (click on the image below to open/download the PDF). A B4 score is also available - please contact us. 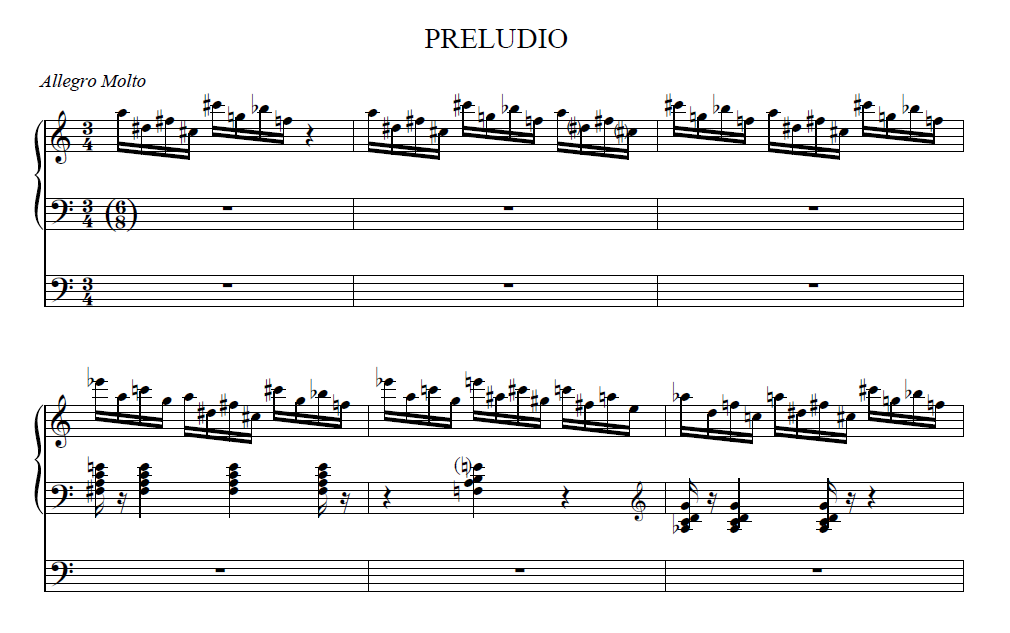 This edition, the first of Peter Tranchell’s Organ Sonata to be published, has been faithfully reproduced from the composer’s manuscript, including the layout of the title page. There are many accidentals which would normally be regarded as redundant, but these were left in the score, as in a piece of this complexity it is useful, even during performance, to be reminded of an accidental which occurred earlier in a bar. It is entirely probable that Tranchell, ever the practical musician, had this in mind.

Registration is not specified by the composer in any detail, though there are suggestions of balance. For example, the Preludio contains instructions such as en dehors and equal manuals. However, the choice is explicitly left to the player as to whether to use loud or quiet registrations for each movement.

The following thoughts arise purely from having performed the work on a variety of organs, both romantic and classical in design. They do not carry any more authority than that.

Preludio seems to need gentle, clear and contrasting colours, with the pedal heard at 8' pitch only, ideally independent of the manual stops. 16’ pedal tone can, of course, be used, but the clarity of the line and its thematic significance might well be a deciding factor, as in a Bach trio movement.

A conventional romantic approach suits the Andante ostinato, especially in the build-up to the two climaxes, which can both be made to sound intense and dramatic without approaching the weight of full organ. Again, clarity of texture is the best guide. At tempo, ma piu adagio the nostalgic AHEEFFEGEE theme (transposed up a major 3rd) seems to call for an enclosed solo reed, such as a Clarinet or Corno di Bassetto, set against typical English string tone. Even so, there are bound to be many alternatives: in a classically voice organ, flutes or mutations plus a gentle tremulant might yield a more expressive melody-line than a reedstop, though it is not difficult to imagine the composer’s preference here.

Again, the finale may be registered entirely conventionally as an introduction and fugue. The sheer agility of the pedal part demands promptly speaking stops, and there is still an energetic lightness to the music, which encourages the player to avoid heaviness, even in the triumphant closing pages.

Norman Harper was organ scholar at Gonville and Caius College, Cambridge, where he read for a music degree and studied organ with Peter Le Huray and Gillian Weir. He undertook to learn the Sonata for performance at the Peter Tranchell Commemoration Weekend at Gonville & Caius in September 2005: “I gave myself just over a year, during which I performed separate movements here and there in recitals and as voluntaries. I then played the whole work at Westminster Abbey during summer 2005, in Caius Chapel in September and in October in a recital in King’s College Chapel.”

By kind permission of Norman Harper we have also included here a personal low-tech recording made in King's College Chapel the night before a recital in October 2005.

1st movement (Preludio – Allegro molto) - use the player below or download the MP3 (you may need to right-click and "save target as..." or similar to download the file):

2nd movement (Andante ostinato) - use the player below or download the MP3:

3rd movement (Tu es Petrus in fuga) - use the player below or download the MP3:

And by equally kind permission of Tim Harper, Norman's son and Assistant Director of Music at Ripon Cathedral, we have also included here a recording of the 3rd movement Tu es Petrus in fuga made in Florinskirche, Koblenz, 28th July 2019.