These settings were composed by Peter Tranchell, Precentor (Director of Music) at Gonville & Caius College, Cambridge, for use by the chapel choir in the regular round of evening services. Although written three years apart and for a slightly different disposition of voices, Tranchell clearly saw them as a ‘set’ since they were recorded together in 1981 for private release on the LP recording ‘Music from Caius’ in 1985.

In writing for the chapel choir, Peter Tranchell was responsive to the voices available at the time – and in the mid-to-late 1970s there were a number of male altos in the choir who were happy to sing top G. (The tenors at the time covered a ‘normal’ range – the Te Deum in B major of 1973 however took a tenor soloist up to top D...) Given the range expected, some conductors may prefer to augment the alto line where appropriate with sopranos/trebles.

The Magnificat has the altos rising to E flat, and an optional solo G, while the Nunc has Gs and Fs without options. Bottom Cs and D flats are asked of the second Basses in the Mag, though these could perhaps be missed without too much damage.

A recording of the Magnificat made by the ATB Caius Chapel Choir in 1981 is available on YouTube.

Click on the image below to access the full typeset PDF score. Please contact us if you would like to order pre-printed copies. Please also see our guidance on the use of this score. 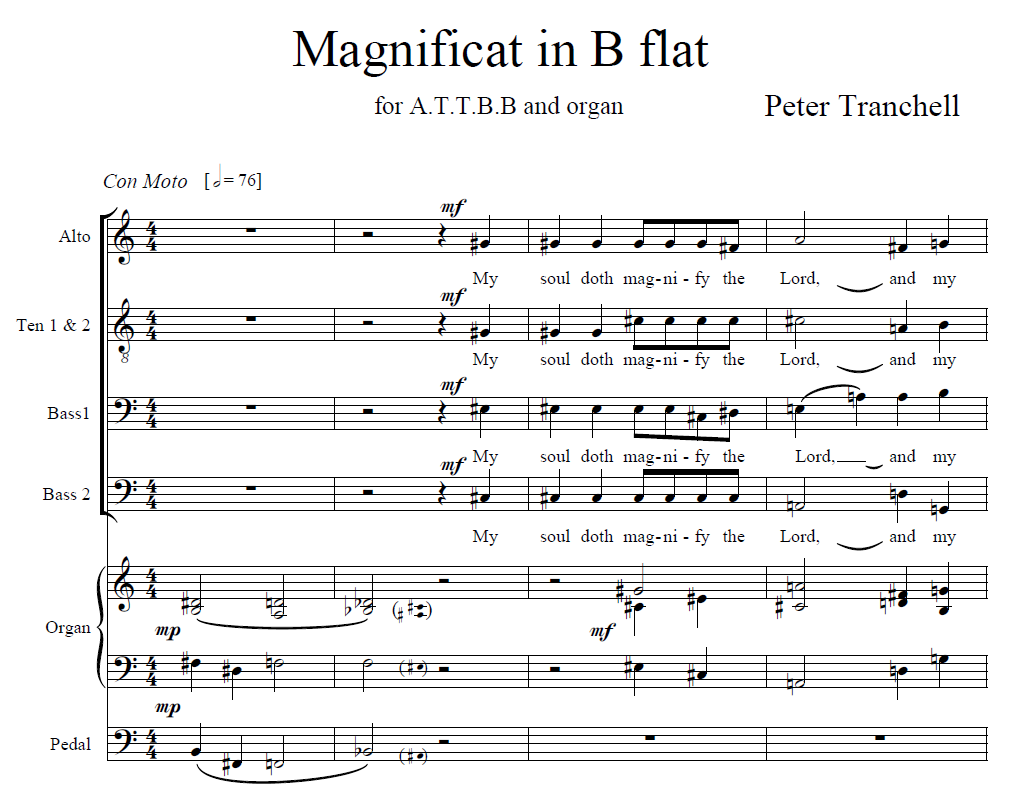