People, look East was composed in 1982 for the Gonville and Caius Choir and originally scored for AATBrBB (though with a note on the cover saying 'If necessary, the first alto part may be sung by sopranos'). The version performed by St. John's College Choir in the 2015 Advent Carol Service was arranged for SATB by Peter Marchbank in 2013.

People, look East has been released (November 2016) on a new CD Christmas with St John's on Signum Classics. A sample of the track can be listened to on the Hyperion's website: http://www.hyperion-records.co.uk/dw.asp?dc=W19186_GBLLH1645818

The CD booklet notes that:

It’s a great fun piece, full of syncopations and changing time signatures, and with a melody full of unexpected twists and turns. The organ part is particularly delightful, strongly reminiscent of light music, and finishing with a humorous cascade of chromatic figures.

On 26th November 2021 the work is being released as the first track on "All the World Tonight Rejoices: contemporary Christmas music" by Truro Cathedral Choir, on Regent Records (REGCD560). Andrew Wyatt, organ; directed by Christopher Gray.

This recording for the 2017 BBC Advent Carol Service has been made available by the University of Cambridge:

Truro Cathedral have published this live recording from the Festival of Nine Lessons and Carols at Truro Cathedral on Monday 24th December 2019 at 7pm. Truro Cathedral Choir, with its boy choristers, is directed by Christopher Gray. The organist is Michael Butterfield.

The full typeset PDF score can be obtained here (or click on the image below). Please also see our guidance on the use of this score. 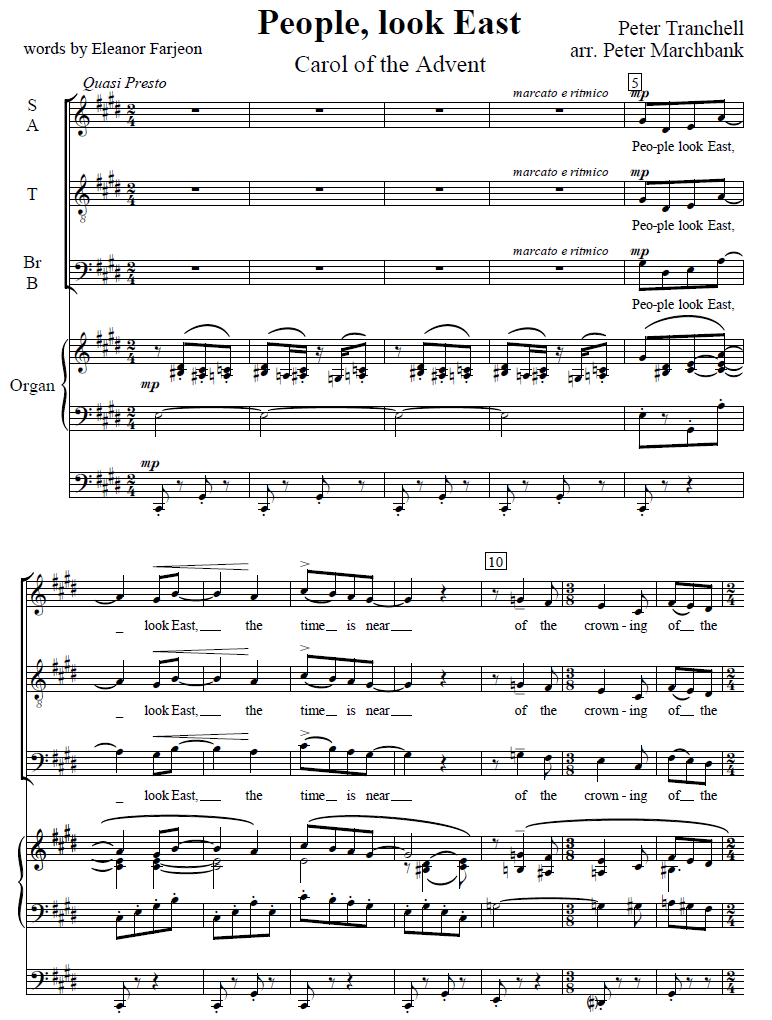