The Sonatina for flute and piano was written for Henri and Juana Fromageot in May 1966.

The work is in three movements:

Gonville & Caius College biographical records list Henri Pierre Marcel Fromageot being admitted in October 1963 as a Research Student (Chemistry), leading to Ph.D. 1966. He and Juana moved to New York later in 1966, where Henri played flute with the Rockland Symphony Orchestra until 2003.

Juana Fromageot is a concert pianist who performs and records under her maiden name of Zayas. Peter Marchbank remembers that "Peter [Tranchell] was, I know, very impressed with her piano-playing when she arrived".

The Sonatina was performed by Henri and Juana at the May Week Concert 1966, and was said to be 'a surprise item ... only recently composed for them'.

See preview images from the score below. 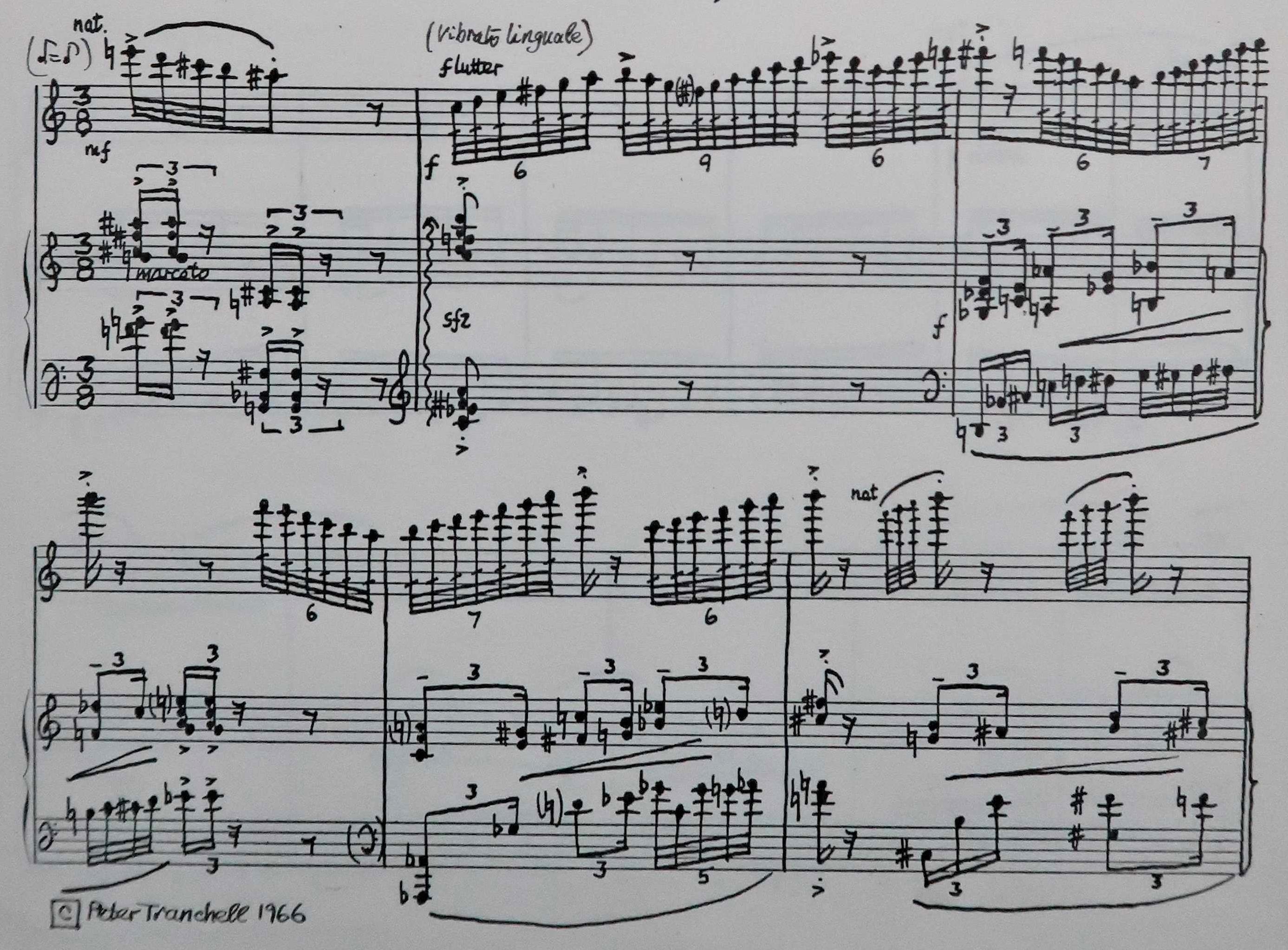 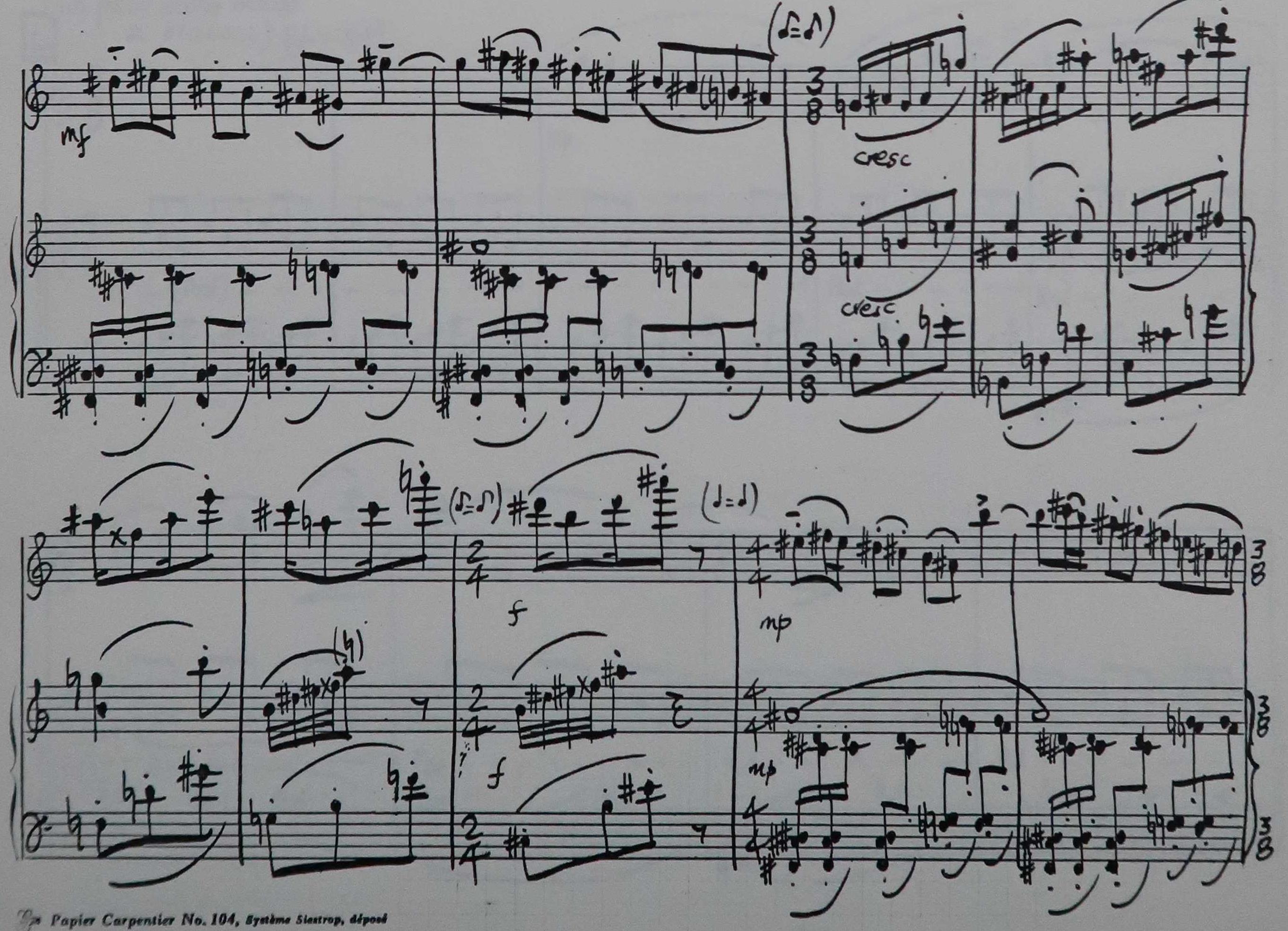