We have received some accounts and reminiscences of the Northampton performance of Daisy Simpkins.

David White (d.2018 and until 2017 a lay clerk at Brecon Cathedral), remembered enjoying it immensely, and was pretty sure he played the second piano part (the easier one!). The photograph below was taken after the performance; this copy was kindly provided by Michael Taylor (fourth from right, who went on to be organ scholar at Christ's). John Bertalot is farthest right, with Peter Tranchell beside him. We think Harry Porter is on Peter's right (left in the photo), and Michael Taylor next to him. David White is far left, with Michael Derry on his left. Michael was a top young pianist in Northampton and was a pupil of the same piano teacher as David - it is thought he played the more demanding part.

Peter mentioned attending the event with Harry Porter in a letter to his parents, and noted that the performance "wasn't too bad", though he did remark "I was a bit sore that they had altered quite a few of Porter’s lines in case they gave religious offence".

Michael Taylor added "I guess the [performance] we did at my college [Christ's 1965] was probably far less accurate, but  maybe a bit wilder, with choral scholars (probably drunk) taking the parts. I remember him [Peter T] sitting in the front row with Harry Porter." 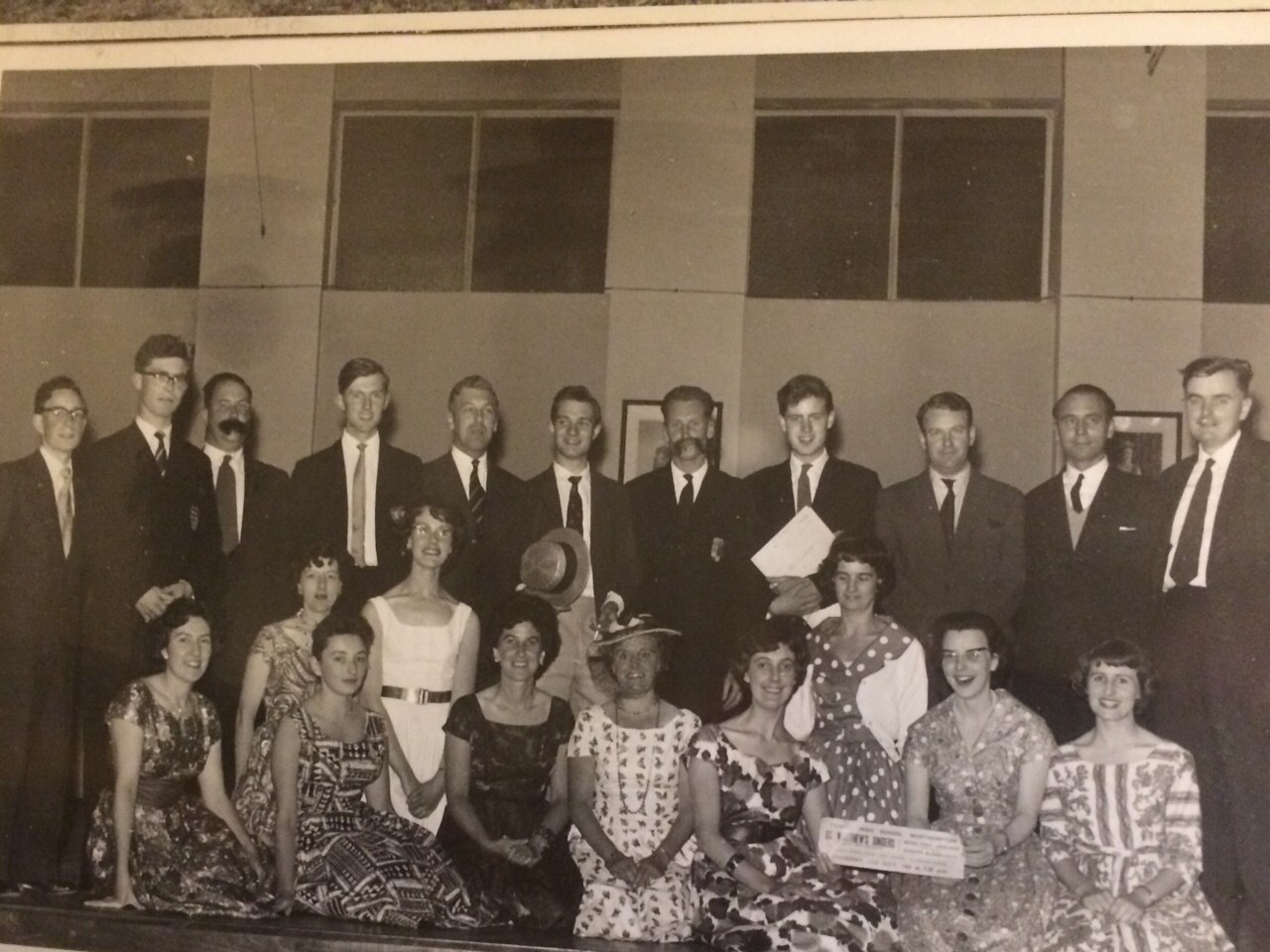