This photo of the choir rehearsing for a performance of ‘Daisy Simpkins’ in 1962 was donated to the Selwyn College Archives by David Hindley (Selwyn College, 1959) and is published here with their permission. David was able to identify some of the individuals in the photo, including Peter Tranchell (Caius) who can just be seen at the piano, Harry Porter (Selwyn College,1960) standing behind him, Gerald Hendrie (Selwyn College,1954) conducting and David Hindley himself as the lead (in the boater). 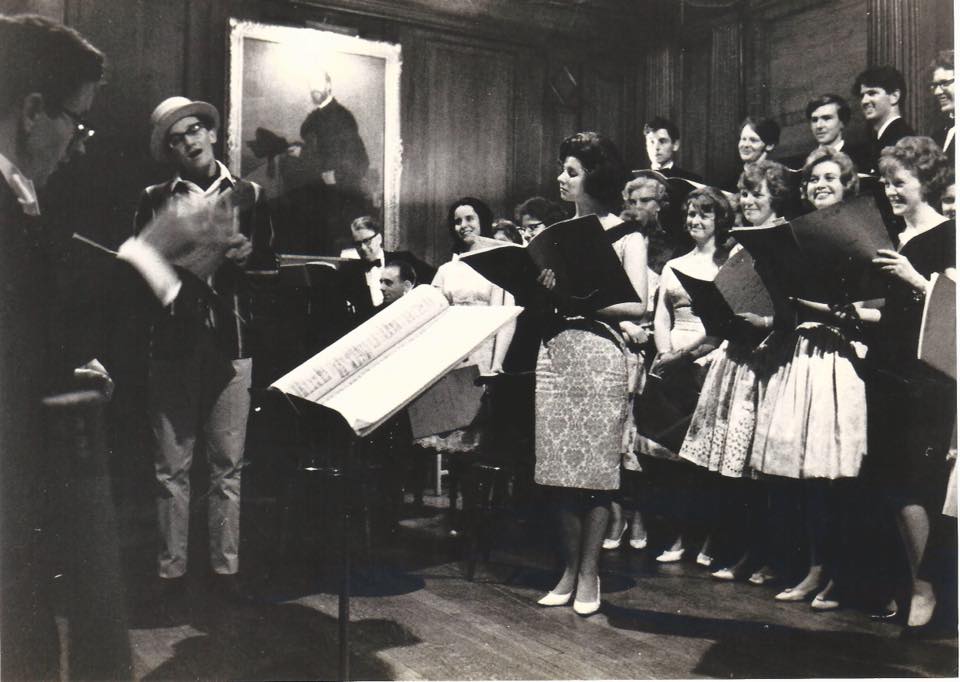 The programme for the Selwyn performance survives in the Selwyn College Archives and shows that the performers came from across Cambridge with particular links to Newnham and Homerton. The two female leads were Anita Gradecka (Daisy Simpkins) and Stella Pollard (The Mayor’s wife) from Newnham.

The photo was taken by Christopher Angeloglou (Selwyn College, 1959), following his published images of Cliff Richard and the Shadows recording ‘Dreaming’ in May 1961. He went on to have a successful career in photography and publishing.